Goodwill® and FLW Outdoors Gear Up for the 2011 Fishing Season

ROCKVILLE, MD. — Goodwill Industries International announced today that it will continue its partnership with FLW Outdoors, the world’s leading tournament-fishing organization, as part of its professional fishing tour. As part of the partnership, award-winning angler Chad Grigsby will serve as the Goodwill® ambassador in 2011, sporting the Goodwill jersey and Smiling G logo at live FLW Outdoors tournaments across the country, which begin in Clewiston, Fla., on Thursday, February 3. The partnership between Goodwill and FLW Outdoors came about through Irwin L. Jacobs, who is the chairman and chief executive officer of FLW Outdoors, the creator of FLW Fantasy Fishing and a major contributor to local organizations that serve people with disadvantages. 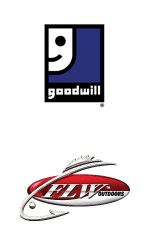 Goodwill, which operates more than 2,500 retail stores and donation centers throughout the United States and Canada, will utilize the resources of FLW Outdoors to put Goodwill’s mission in front of millions of fishing fans. Goodwill will have a presence across multiple platforms of FLW Outdoors, including all bass and walleye events, FLW Outdoors’ multiple web sites, FLW Outdoors Magazine, and advertising opportunities on “FLW Outdoors” television show on VERSUS. Goodwill will also receive the opportunity to set up displays to promote its job training programs that support people with disabilities, those who lack education or job experience, and others facing challenges to finding employment, and to collect donations that fund that mission. These programs will be promoted at the FLW Outdoors Expo at tour and championship events.
“The partnership between Goodwill and FLW Outdoors will increase awareness of Goodwill’s job training and career advancement programs,” said Jim Gibbons, president and CEO of Goodwill Industries International. “Thanks to the generosity and cooperative spirit of FLW Outdoors, Goodwill has the opportunity to reach future donors and shoppers. As a result, we will be able to serve more people in communities across the country.”
Goodwill partnerships with leading corporations, retailers and other nonprofits increase visibility of Goodwill’s mission, allowing for job seekers in local communities to find careers that meet their interests and abilities. With exposure from FLW Outdoors, Goodwill will be able to reach FLW Outdoors’ fans and partners, securing donations to fund career training and providing training to those who need it.
“The relationship formed between FLW Outdoors and Goodwill has demonstrated how a unique partnership can benefit both organizations and our communities,” said Trisha Blake, president of FLW Outdoors marketing division. “Goodwill provides skills training and support services to hundreds of people every day through its multiple programs, and we are honored to be a part of that and continue that relationship.”
View FLW Outdoors Tournament Schedule »