Act Now to Support the Rights of People with Disabilities 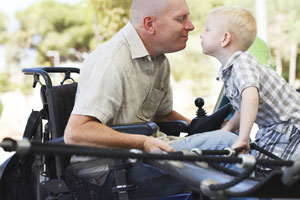 Goodwill® agencies around the country have joined the efforts to promote October as National Disability Employment Awareness Month.  As the month comes to an end, you have the opportunity to continue to support the rights of people with disabilities by urging your Senator to support the UN Convention on the Rights of Persons with Disabilities (CRPD).

The CRPD is an international disability treaty which recognizes the rights of people with disabilities. It is a vital framework for creating legislation and policies around the world that embrace the rights and dignity of all people with disabilities. The Americans with Disabilities Act (ADA), which values independence, respect, and the vital concept of reasonable accommodation, was the model for the CRPD and those ideals are echoed throughout the treaty.

Last December, the treaty fell only five votes short of ratification and had strong bipartisan support. Now, the Senate is getting a rare second chance, as ratification is a priority.  The Senate Foreign Relations Committee is expected to hold hearings on the CRPD during the week of October 28.

Goodwill Industries International is one of more than 700 organizations that support the treaty because it ensures that people with disabilities are treated with respect and dignity.

Please click to take action and contact your Senators to express your support of the CRPD and ask them to move forward with ratification.