Building a Skilled Workforce Is Crucial to Economic Recovery 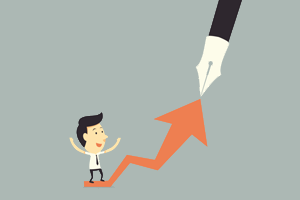 A recent column, “Building America’s Workforce,” appeared in a publication commonly read by Congressional members and staff alike. The author, Thomas Hilliard, a senior fellow in workforce development policy at the Center for an Urban Future, discusses the pressures that obstruct our nation’s job training system from producing a workforce with the skills that businesses need to compete in the global economy. These pressures include the skills gap; a disjointed, multi-piece skills-building system; and underfunding.

“The U.S. economy faces a big problem that ought to be ripe for a bipartisan solution,” he notes. “Too many Americans can’t find jobs, and too many employers can’t find the right person to hire.”

In fact, the U.S. Department of Labor’s July report on the current employment situation asserts that 11.4 million people, or 7.4 percent of the labor force, were unemployed last month, thus continuing the unemployment rate’s slow and steady decline since its peak during the recession in October 2009 when 15.7 million people were unemployed.

During the recession, decision makers focused a great deal of attention on enacting and implementing policies that would restore economic stability, stimulate growth and create jobs in the process. Examples include the American Recovery and Reinvestment Act, the Troubled Asset Relief Program (TARP), and the Federal Reserve keeping interest rates at historical lows.

While policymakers focused on the economy, little serious attention has been given to strengthen the American workforce. Instead, Congress has failed to enact long-overdue legislation to reauthorize, and thus make needed improvements to, the nation’s job training system. On top of that, in the name of fiscal responsibility, Congress has considered numerous proposals to cut funding for job training. On one occasion in 2011, the House considered a bill that would have eliminated funding for job training altogether.

Most recently, the workforce system has absorbed automatic spending cuts, otherwise known as “sequestration.” As a result, funding for job training has been further reduced by another 5 percent, causing local training providers – including some Goodwill agencies – to reduce services, lay off staff, and search for other resources to maintain their capacity for serving their communities.

Meanwhile, local Goodwill agencies remain on the front lines of the economic recovery, investing 82 percent of the $4.4 billion we raise in our retail stores and other business enterprises to assist people to overcome their employment challenges despite the stubbornly bleak job market.