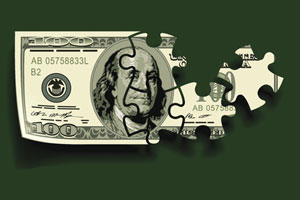 Once again, Congressional leaders have reached a temporary last-minute deal to avert economic Armageddon. In other words, with Congress punting the ball, the game has been extended into another overtime period.

The tentative deal has reopened the government by extending current funding levels of $986 billion through January 15, and lifting the debt ceiling until February 7. In addition, the deal requires a joint House-Senate conference to produce a broader budget deal by December 13. While hopes that the deal will establish a cooling off period for policymakers to return their focus on developing a long-term and partisan fiscal solution, history tells us to expect more Doomsdays and short-term fixes.

While the media’s focus on these political dramas appears like bad reality TV, the real-world realities are felt in local communities served by Goodwill® agencies. From employment opportunities for people with significant disabilities, veterans services, low-income housing, income tax assistance programs and more, local Goodwill agencies, their employees, and the people Goodwill serves are experiencing the pinch caused by the recent government shutdown.

How has your community been affected by the shutdown? Please share your stories by leaving a comment.