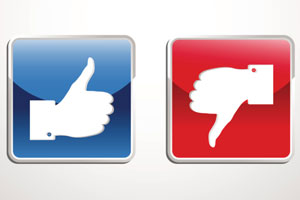 Twice a year, I sit down with my team and we discuss goals, strengths and areas for improvement as part of our company’s performance review process.  It is the season for mid-year reviews and Congress should have theirs.  As voters, we “hire” these elected officials for the job and as all good supervisors we should be providing feedback often.
A Gallup poll released this week reports that 78 percent of Americans disapprove of Congress’ job performance, while just 17 percent approve. This marks the 45th consecutive month that more than two-thirds of Americans have viewed Congress negatively.  Most of the frustration can be attributed to partisan gridlock and ineffectiveness, which was cited by 59 percent of the respondents.
The 113th Congress has a number of significant issues to work on – immigration, gun control, national security, unemployment, sequestration, social security and veterans affairs, among others –  yet their individual goals of working together and moving legislation forward has not been achieved.  Of nearly 3,400 bills introduced, only 13 pieces of legislation have actually passed both chambers and received the president’s signature since the beginning of this year.
It is difficult to make progress in these areas and to navigate the legislative process without compromise (and compromise is certainly an area for improvement in this mid-year review).  I would suggest that one of the strengths of this Congress is that it is comprised of a majority of junior lawmakers who may question those who have been there for decades; that said, there is also strength to be found in institutional knowledge.
There are plenty of opportunities for this Congress to act on, and while it is the middle of the calendar year, the 113th Congress still has 18 more months to improve.  The Older Americans Act, the Workforce Investment Act, and Temporary Assistance to Needy Families all need to be reauthorized and are of importance to Goodwill and the people we serve, in addition to other priorities.
As a supervisor of this Congress, be sure to promote and follow our alerts and updates so you can share your input and communicate with them through our Legislative Acton Center about the job they have to do.   How do you think Congress is performing?  Share your thoughts in the comments section below.