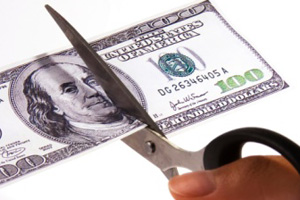 Today, Congress passed a final budget deal to fund the government through the remainder of the fiscal year that ends on September 30, 2011. If signed by the president as expected, the final deal includes an across-the-board cut of 0.2 percent. In addition, several funding sources that local Goodwill® agencies care about will be further reduced as follows:

In addition to the debt limit, Congress is in the midst of developing its budget blueprint for FY 2012. Earlier this month, the House Budget Committee passed a budget bill that includes bold cost-cutting measures, including block granting Medicaid and cutting Medicare, drawing stiff opposition from House and Senate Democrats alike. Unless the House bill is tempered, it is certain to be dead on arrival in the Senate. The scenario causes many Beltway insiders to believe that Congress may be unable to agree to a final budget resolution, an event that will only complicate efforts to pass FY 2012 appropriations bills.

In the likely event that Congress fails to pass appropriations bills for FY 2012 by the start of the fiscal year, Congress will be left with little choice but to enact short-term temporary spending bills as it had to do this year, each time providing an opening for cutting programs that may have been spared this week, but remain vulnerable to future cuts.