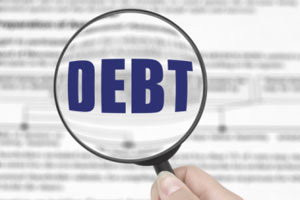 Last week, the co-chairs of the National Commission on Fiscal Responsibility and Reform released a discussion draft of ideas to reduce annual government budget deficits and pay down the U.S. national debt.

The draft takes a serious look at the reasons for recent record deficits and is a first step in a deficit-reduction process that will likely unfold in the 112th Congress and beyond. The commission will send Congress its final recommendations on December 1.

Those recommendations will come at a time of uncertain outcomes in Washington. The partisan bickering that consumed much of the last two years is expected to continue as Republicans take over the House of Representatives. The prospects for any budgetary compromise seem grim.

Your local Goodwill could be affected by both potential changes to spending on federal programs and reforms of the revenue system. The draft proposal recommends cuts in federal spending and significant changes to the tax code that could impact charitable tax deductions, as well as enact broad entitlement reforms.

Earlier this week, Senate Republicans voted to voluntarily abstain from seeking earmarks in spending bills for the next two years. It remains to be seen if they will hold to the pledge, which isn’t binding. Members of Congress have used earmarks in the past to fund projects in their home states and districts — making an all-out ban difficult for representatives to follow.

But due to the negative attention caused by flagrant earmark abuses, lawmakers are quick to sacrifice earmarks to reduce the deficit. And while abuses should be eliminated, community-based organizations often receive earmarks to help fund critical initiatives — including job training programs, which are working to put people to work during the difficult economy.