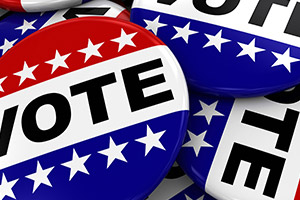 Are you registered to vote?  This is a question you may get asked via phone, when walking into the grocery store or waiting for public transportation. Rather than viewing the question as a nuisance, consider the importance of ensuring that people in your community have access to engage in democracy.

A report released by Nonprofit VOTE shows that nonprofits who encourage the communities they serve to get registered and vote, through nonpartisan voter engagement efforts, play a critical role in narrowing voter turnout gaps and fostering a more representative electorate.

In the report, Nonprofit VOTE surveyed over 60 nonprofits conducting nonpartisan voter engagement across six states. Those nonprofits interacted with more than 22,500 voters. Those voters contacted by nonprofits were twice as likely to be non-white, twice as likely to be under 25 years old and twice as likely to have less than $30,000 in household income. Once contacted, these individuals – who have historically voted at lower rates – showed up to the polls at rates 11 percentage points higher than those who were NOT contacted.

When communities are underrepresented and do not engage in the electoral process, the gaps in turnout distort the electorate, and by extension, the public policy debates that take place at the local, state, and national level. Nonprofits can play a central role in closing those gaps.

The mission of Goodwill® is to “enhance the dignity and quality of life of individuals and families by strengthening communities, eliminating barriers to opportunity, and helping people in need reach their full potential through learning and the power of work.” Nonpartisan voter engagement, including voter education, is important to strengthening communities particularly since decisions made by policymakers have a direct impact on the individuals, which local Goodwill organizations serve.

Nonpartisan activities where nonprofits can play a role include voter registration, get out the vote campaigns, initiating a voter pledge campaign and hosting candidate forums, among others.

The report notes some of the ways in which voter engagement can empower your community:

Although 2019 is an “off-year” election, three gubernatorial elections will take place as well as state legislative elections. Numerous ballot initiatives, mayoral races and a variety of other local elections will also occur. When you are inevitably approached by the volunteer canvasser asking if you’re registered to vote, remember that they are doing their part to help engage new voters.