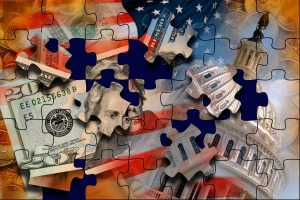 Yesterday, Congress passed H.R. 719, a continuing resolution (CR) that keeps the lights on in the federal government for another ten weeks.  Since 2001, Congress has approved dozens of CRs, some just to keep the lights on in order to resolve a few issues in one or two appropriations bills, but at other times like yesterday because Congress hadn’t approved a single funding bill.

Congress hopes to reach a deal on the entire budget by December 11, the day the current CR expires and the government faces another shutdown.  However, such a deal will remain elusive as long as the sequester caps remain in place.  Back in 2013, Senator Murray (D-WA) and Rep. Ryan (R-WI) negotiated a budget deal that raised the spending caps for two years, FY 2014 and FY 2015.  With no such deal in place for this year we’ll be staring down yet another shutdown in December. Seems the formula for this problem is the solution that Murray-Ryan struck just two years ago.

Nearly every economist believes that shutting down the government hurts the economy.  The longer the shutdown lasts, the worse the damage.

It is clear that Congress needs to reach a budget deal and the only path to that deal is to raise the sequester caps.  Contact your US Senators and Representative today and tell them to “Do the Deal– Raise the Caps!”  Click the link the below to urge action on the budget.