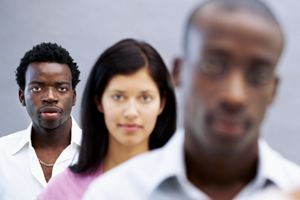 Jobs.  Workers.  Helping people get ahead.  These are all issues central to our mission here at Goodwill®.  But some might ask: what about those individuals who came to the United States desperate for work even if it meant risking all?  The U.S. House of Representatives gave its answer this past Wednesday: no.

Just days after the start of the newly minted 114th Congress, the House voted to approve the FY 2015 funding bill for the Department of Homeland Security.  At the heart of the debate were several GOP-led amendments to overturn immigration initiatives, including an amendment that repealed the popular Deferred Action for Childhood Arrivals program, or DACA, by a narrow 218-209 vote.  Get the details on the approved amendments.

Now, it’s likely all or most of these amendments will be stripped out or seriously modified in the Senate, but the real issue what should the Congress and the White House do about our immigration policy. The last comprehensive overall was in 1986—we were all still jamming on portable cassette players—and ever since, Congress and the various presidential administrations have failed to reach agreement on a new policy.

The Senate passed a bill last Congress but the House never voted on it — so President Obama can’t be blamed for, at the very least, forcing the issue.  And the House votes last week hide the fact that the GOP is split into several factions over precisely what kind of policies to rally behind.  So whether you agree with the president’s policy or not, he forced the issue on Congress, and now they must sit or get off the porch and pass a bill.

As providers of employment and job training services, this issue is critical to Goodwill because millions of immigrants are affected, people who will be looking for that first job or a way to get ahead.