It's Business as (Un)usual when It Comes to the Budget 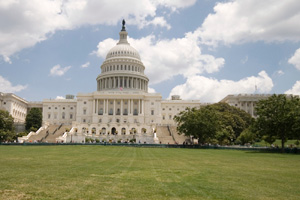 Once again, the country watches as the government risks having to shut its doors and default on the debt because Congress can’t seem to do it any other way.
These dual events of autumn have become so familiar that they seem more usual than not.   Not one single appropriations bill will be law by the time fiscal year 2014 begins on October 1.  Instead, Congress will take the now well-worn way out and pass a Continuing Resolution (CR), which will likely last anywhere from 45 days to 3 months.
The debt limit and the bill to raise it—which everyone expects to pass—looms later this October. That debate promises to include feature political footballs such as defaulting on the national debt, defunding the implementation of the Affordable Care Act, and reducing the deficit through more spending cuts and/or tax increases. Thank goodness it’s football season.
The stock market used to get twitchy when fiscal policy confronted Congress; now, Wall Street barely notices.  Polling, too, shows that Americans in general have come to ignore this annual angst fest.   A majority of Americans don’t believe that Congress will, or should, let the government default or shut down, but rather should work together to solve the country’s problems.
Congress will get the first two done, eventually. In the meantime, federal agencies, which usually circulate advance notices about their government shutdown contingency plans, have barely uttered a word as the October 1 fiscal year draws near.
The unusual has become the usual.  And it’s no way to run a government.