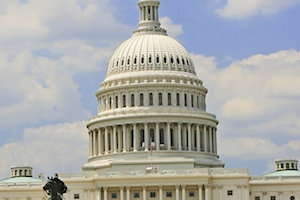 As the 113th Congress lurches to a post-election close, known as a lame duck session, some positive results might be in the making amid the budget drama and some notable failures.

Among the positives was the House passage of H.R. 647, the ABLE Act, by an overwhelming bipartisan vote of 404 to 17.  The ABLE Act, or Achieving a Better Life Experience, sets up tax free saving plans like 529 plan that allow parents of children with disabilities to put aside significant funds for expenses later in life for their children for life expenses.   The bill now proceeds to the Senate for a vote.

The House also approved critical tax legislation extending expiring tax provisions including the extension of tax-free distributions from IRAs for charitable purposes.  This legislation also heads to the Senate for a vote.

On a more disappointing note, the Senate failed to bring the Convention on the Rights of Persons with Disabilities, or CRPD, treaty up for vote in these closing days of the 113th Congress.  Despite strong support, the treaty lacked the two-thirds vote needed for approval. Groups supporting the ratification of the treaty, including Goodwill, are already discussing strategies to keep momentum going and gain support in the next Congress.

Finally, Congress seems close to approving the FY 2015 funding bills for the full fiscal year, meaning that there likely won’t be any government shutdown drama. One exception is the issue of immigration. The funding bill will carry the Department of Homeland Security (DHS) where the Immigration and Customs Enforcement agency is housed, through March 2015. The short term DHS funding reflects GOP anger over the president’s executive order on immigration.

So with the December 11 date for final congressional adjournment looming closer every day, Congress rushes to complete its business and close for 2014.