Missing in Action – The Long-Term Unemployed 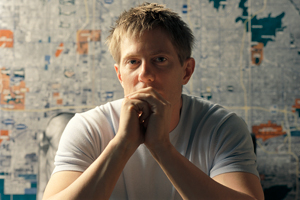 Recent economic news has been brighter as of late with consumer confidence starting to move upward, and monthly unemployment rates and jobless claims declining.  But every silver lining has a cloud, and that cloud are people who have been out of work for a long time.

Nearly a third of Americans who were unemployed last month have been without a job for 26 or more weeks, double the rate recorded before the recession began late in 2007. Those out of work for extended periods of time are often less likely to be hired than those unemployed for shorter stretches. The result is a more devastating impact to household savings and long-term earning potential for those job seekers.

Compounding this dynamic are the findings of a study by Alan B. Krueger, Judd Cramer and David Cho of Princeton University who found that even after landing another job, reemployment does not fully reset the clock for the long-term unemployed, who are frequently jobless again soon after they gain reemployment. Only 11 percent of those who were long-term unemployed in a given month returned to steady, full-time employment a year later.

Clearly this issue remains a top challenge for policymakers. So it’s timely that Goodwill® was at a White House event on this very issue yesterday.  Last January, 300 companies responded to the Obama administration’s request for corporate America to commit to reaching out to and creating job opportunities for the long-term unemployed.  At yesterday’s meeting, fifty of these companies gathered here in DC to share best practices and discuss ways to spread these practices throughout American businesses.

One company discussed dropping credit score in employment consideration screening; several referenced retraining their recruiters to look for competency and qualification first, not employment history. And many referenced working with Goodwills in communities across the country to identify, train and recruit from within this talent pool that is struggling to re-enter the workforce.

Goodwill is working with these companies and the administration to share new resources developed by Deloitte and the Rockefeller Foundation with other companies and the millions of Americans who have been struggling for so long to find the path for them back into employment.