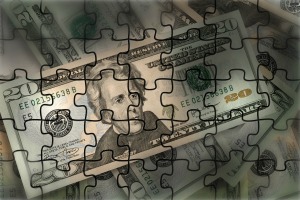 When the president announced his next to last budget on Monday he laid down a blueprint designed to draw sharp distinctions from the new GOP controlled Congress, but also looks for common ground on some policies.  For example, the budget calls for tax increases on the wealthiest Americans while seeking to boost defense spending.  The budget proposes ending the sequester, something the bipartisan Murray-Ryan budget deal accomplished for two years, but it also called for increases in non-defense domestic spending increases.

The reaction by the GOP in Congress?  No chance.  At least on most of what the president is requesting.

The GOP is likely to put forth a budget the balances the budget in ten years, but will also call for larger increases in defense spending the administration is asking for.  This will mean squeezing even further non-defense spending, a move that will draw opposition in the Senate from Democrats and a likely veto by the president.

Actually the president’s budget proposal is the start of year-long negotiation between the White House and Congress and those negotiations will be difficult.  Attempts to score ideological points will result in deadlock, and possibly a full or partial government shutdown.  A desire for compromise might just lead to a deal similar to the one worked out two years ago by Senator Murray and Rep. Paul Ryan.

Goodwill communicated its priorities to the administration a letter last month and most of the priorities were included in the proposed budget.  One significant policy that Goodwill was disappointed about—a limit on charitable donations.

As Congress and the White House wrestle with funding and policy decisions, Goodwill will be promoting the policies that advance the creation of jobs and job training services that many people still need despite the improving economy.