The Earned Income Tax Credit Works for You 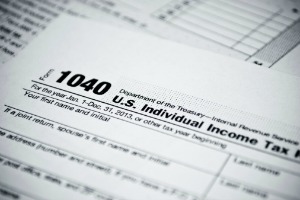 We work hard every day.  Doesn’t it only make sense that your hard work shouldn’t be punished by the federal government?  Well last December Congress approved a sweeping set of tax policies affecting businesses and individuals.  After months of difficult negotiations the final bill was set for passage.  Among the tax policies Congress approved was a change that made permanent Earned Income Tax Credit (EITC).

Goodwill is supporting the EITC during Assets & Opportunity Network’s Week of Action, and this Friday, January 29 is EITC Awareness Day.

What is the EITC?

The Earned Income Tax Credit (EITC) is a federal tax credit for low- and moderate-income working people.  It encourages and rewards work as well as offsets federal payroll and income taxes.  In addition to the federal EITC, twenty-six states, plus the District of Columbia, have established their own EITCs to supplement the federal credit.

Who is eligible for EITC?

When filing taxes for 2015 (due in April 2016), working families with children that have annual incomes below about $39,000 to $53,300 (depending on marital status and the number of dependent children) may be eligible for the federal EITC.  Also, working-poor people who have no children and have incomes below about $14,800 ($20,300 for a married couple) can receive a very small EITC.  In the 2013 tax year, the most recent year for which data are available, over 27 million working families and individuals received the EITC.

The amount of EITC depends on a recipient’s income, marital status, and number of children.  Workers receive the credit beginning with their first dollar of earned income; the amount of the credit rises with earned income until it reaches a maximum level and then begins to phase out at higher income levels. The EITC is “refundable,” which means that if it exceeds a low-wage worker’s income tax liability, the IRS will refund the balance.  You can go here to find an interactive graph that will help you see how the EITC could help you.

However, there is one key change that could make the EITC an even stronger tool to combat poverty and boost millions more out of poverty.  Congress should raise the EITC benefit for childless workers to the same level as workers with children.  Goodwill strongly supports this change and you can too by going to the Goodwill Legislative Action Center and signing up to support strenthening the EITC.  Help make the EITC work even harder for you and for more hard working Americans.