What Has the 113th Congress Accomplished This Year? 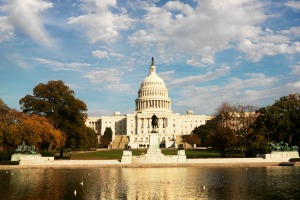 The 113th Congress comes to a close this week and lawmakers are probably just as happy as the American public to put the last two years behind them and start anew.  A recent Gallup poll reported that Congressional approval ratings are just one point higher than last year at 15 percent.

Furthermore, only 203 bills became law this year, down from the previous record low of 283 set by the 112th Congress.  Under this Congress we’ve seen a government shutdown and the invocation of the nuclear option (a Senate procedure allowing a rule or precedent to be overridden). However, there were some moments worth celebrating, particularly during the second session of the Congress this year.

First, the passage of the Workforce Innovation and Opportunity Act (WIOA).  Eleven years after the Workforce Investment Act expired, this Congress pulled together and passed legislation to reauthorize the nation’s workforce system.  It was a bipartisan, bicameral accomplishment of which all stakeholders (including Goodwill advocates) should be proud.

Advocates also rallied together in support of the Achieving a Better Life Experience (ABLE) Act which creates tax free savings accounts for people with disabilities to cover qualified expenses such as education, housing, and transportation.  Supporters of the bill had been working to get it passed since at least 2009.

A final area of accomplishment pertains to charitable giving. The Senate reserved its final vote of the session for a bill that would temporarily reinstate some expired tax provisions known as extenders, including the IRA charitable rollover which also allows individuals aged 70.5 or older to make gifts from their IRAs without incurring withdrawal penalties.

These may seem like small achievements, but the impact is large and none of these policy issues could have moved through the legislative process without supports from advocates like you.  The next Congress will convene the end of January and will provide a number of opportunities over the next two years to continue to push for changes that benefit Goodwill and the people we serve.