Will Internet Sales Tax Reach into Your Pocket? 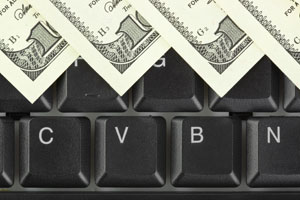 When the Internet was invented, few had any idea what its full potential could be. Today, of course, we reap benefits that even a few years ago seemed like science fiction. With the rise of e-commerce and treasuries leaning as a result of the recession, many policymakers are eyeing Internet sales as a tempting revenue source.

In fact, Congress is now considering whether it’s not enough that you pay sales tax in the state you live in, but also whether you should be taxed when you buy something over the Internet.

The Supreme Court long held such ideas at bay when it handed down its 1992 decision in Quill Corp. v. North Dakota The decision held that no state may require retailers to collect sales taxes from online buyers unless the retailer has a physical presence in the taxing state.

Earlier this year, the Senate upended that precedent when it passed the Marketplace Fairness Act (S. 743), which would require retailers that gross $1 million or more through Internet sales to remit the sales tax on those sales to any jurisdiction in the country where sales are made.

Have a store in California and sell an item to a person in Chicago? If your Internet sales revenue is over $1 million, you would be required to pay Chicago and the state of Illinois its sales tax.  Sound easy? There are approximately 9,600 sales tax jurisdictions in the U.S.

A recent Gallup poll found  that 57 percent of Americans oppose the bill. There is strong opposition to taxing e-commerce in Congress as well. On September 12, a bipartisan group introduced the Permanent Internet Tax Freedom Act (H.R. 3086).The bill would specifically makes permanent the provisions of the Internet Tax Freedom Act.

First enacted in 1998, the Internet Tax Freedom Act placed a moratorium on the ability of state and local governments to impose new taxes on Internet access or to impose multiple or discriminatory taxes on e-commerce. The Senate companion bill (S.1431) was introduced on August 1, 2013.

While the House Judiciary Committee has yet to act on either the Internet sales tax legislation or the bill to protect e-commerce from additional state and local taxation, it appears it is very conscious of public opinion on the matter. House Judiciary Committee Chairman, Bob Goodlatte (R-VA.) said he opposes the Senate-passed bill and outlined his seven principles on any House approach to the Internet sales tax issue. Read the principles at http://judiciary.house.gov/news/2013/09182013.html.

Goodwill is keeping a close watch on developments and believes the House should reject proposals that would require non-profit retailers, like Goodwill, to remit sales taxes on sales to people in any state or locality in the country.