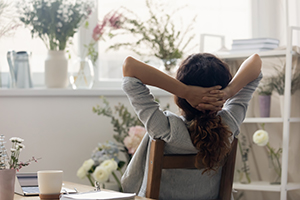 When this whole working-from-home business began (what seems like years ago), many of us greeted it with a collective “ugh”. The disruption of our daily routine was fraught with physical and emotional challenges. However, after a period of adjustments, the silver lining of this change of work venue has been the elimination of our daily commute.

According to the Census Bureau, the average daily commute in the US is 26.2 minutes. That means, thanks to the pandemic, many of us have actually gained about an hour of free time every workday — some have gained much more.

The question is, what can we do with this newfound freedom? The absence of soul-draining bumper-to-bumper crawls opens up a world of possibilities. Rather than using that extra time for “work”, think of it as “me” time.

In days of yore, that in-car commute allowed us to prep for the coming workload and decompress from the same. It also served as a buffer between work and personal life. Those lines have become blurry, so here are some thoughts on the virtual commute:

Working from home does provide us with an incredible amount of freedom. The downside is if we do not create that boundary between work and home, we can fall into the workaholic trap. Our commute had drawn the line between the two worlds. Now it is up to us to redraw the lines.

One last thought. A recently released study says that the average American would save about $4,000 per year by working remotely. Add that to your list.