How to Write about Soft Skills on Your Résumé

When most people think of their résumé, they think of the bread-and-butter pieces that almost all of them use, things like work history and education and workplace skills.
Those are obviously important, because they show proof of that you’re up to the task of doing the job—they verify that you have skills. But what many people leave off of there are other skills that most employers say are just as important as the day-to-day tasks.
Employers, 77 percent of them, say that soft skills—how you work rather than the work itself—are just as important as hard skills, and having them on your résumé is therefore just as important. How you include them, though, is important.

Talking about your soft skills in a résumé is more than just listing them. If you look at the infographic below, you can see that CareerBuilder’s vice president of human resources—a person who knows a good résumé—says that you need to show, rather than tell, by providing examples.
A good way to do this is by using a functional résumé, which focuses more on what you do than just listing your history. The format allows you to talk about accomplishments or attributes:

Those examples are a little far-fetched, but they prove the point. Remember to use keywords from the job posting itself to make sure that you’re connecting your skills to what the employer is looking for!
Also, while you want to make sure to be promoting yourself to the company, you also don’t want to exaggerate or provide examples that you can’t explain further during an interview. It also helps to include these in your cover letter, which will be the first thing that the recruiter or hiring manager sees.

With soft skills being as important as hard skills, they can also be considered transferable skills that can help you build a bridge into an unfamiliar position or a new career path entirely. 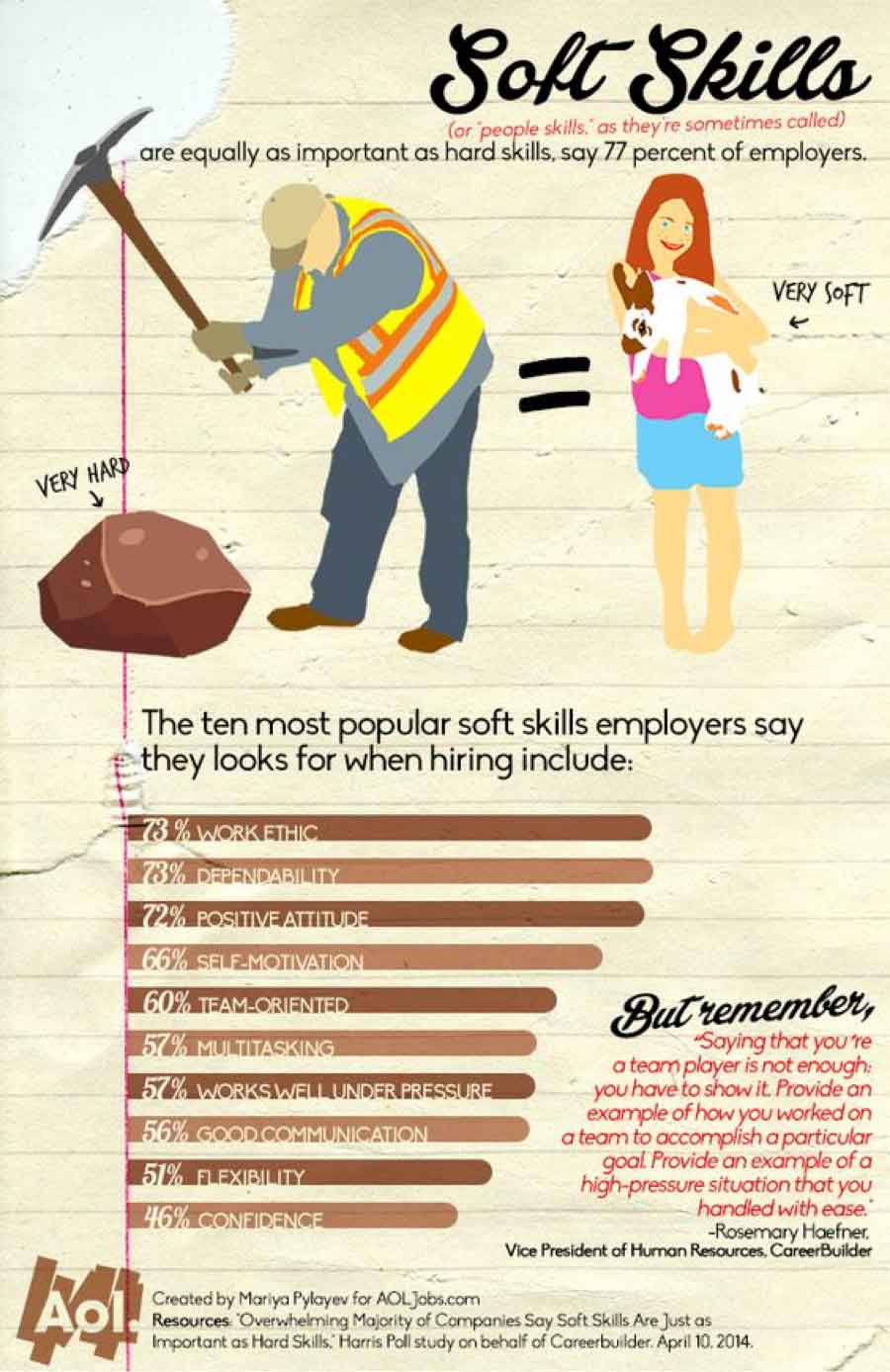 When taking that approach, definitely make sure to align the soft skills that you talk about to the job—you may have experience that shows that you can handle the work, but showing that you can adapt to a new environment and perform well is equally as important.