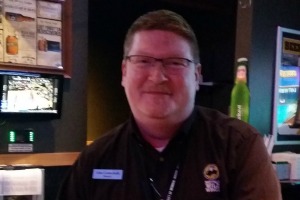 My story is similar to many Americans today who consider themselves long-term unemployed. I remember watching television and the news anchor spoke about the high unemployment rates and those who were considered long-term unemployed. They described how hard it was to re-enter employment after experiencing a layoff or a permanent shutdown. I felt like the news anchor was talking about me, which added to my anxiety and depression.

I had experienced a permanent shutdown with my last two employers. One day, I came to work and the doors were locked and the business had closed for good. The next business burned down and never reopened.

I collected unemployment and filled out applications weekly, but nothing became of it. While collecting unemployment, I took on more family responsibilities. However, when the unemployment ran out, I wasn’t receiving any interviews. I began to panic and question my self-worth. I questioned my ability to find employment, become a productive person and a member of the working class again. The pressure of not having suitable employment made me question my career path and, in essence, everything I had worked for my entire adult life to achieve.

I was part of the growing number of people that were considered unemployable, until I came across a newspaper article for the opening of the Goodwill Industries of Michiana (South Bend) Career Center in Warsaw, IN. I walked in to the newly built center and met with Kelly, the manager, who worked with me on my resume. After much conversation, we agreed to create a skills based resume. This type of resume would forgo the dates of employment, instead focusing on job responsibilities and skills.

Kelly’s assistance began to give me hope. Without her positive attitude and help I would never have received the interview as the assistant manager at Buffalo Wild Wings.