I initially came to Goodwill Industries of St. Clair County (GWISCC) via a situational assessment from Michigan Rehabilitation Services in 2007.  I was a single mother of three children at the time of entry.  Prior to arriving at Goodwill I was having an extremely d 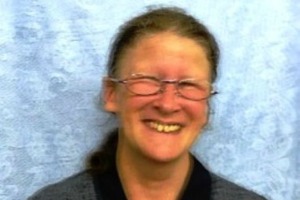 ifficult time making ends meet, could not find a job and had no idea where to begin.  I felt frustrated and defeated.

Through my assessment it was determined I had a knack for production tasks and Goodwill provided work for me in their production shop.  During my stay, Goodwill discovered I also had an affinity for, and an interest in, housekeeping.  I was then referred for Goodwill’s Community Based Assessment Program.

Goodwill was able to temporarily place me at a local hotel where I was able to experience a vocational interest.  Through this placement I determined that I really wanted to work in housekeeping.  So, I set out to interview for housekeeping positions.  I met a dead end when I realized I had certain work barriers that prevented me from successfully interviewing.

In 2014, I attended Goodwill’s Soft Skills Program designed for individuals with barriers to employment.  During the program, I learned how to successfully overcome my anxiety affiliated with interviewing and learned many things about myself that I was unaware of which held me back from clinching the job.  Subsequent to attending the program I had a new sense of confidence and a new set of interviewing skills and tools which ultimately helped me attain my current job at the Fairfield Inn.

Without the Soft Skills Program I would have remained stuck in my anxiety of interviewing and been unable to find a new job.  While I will miss everyone at Goodwill I have graduated into a better job and one which I know I will really enjoy.

I am happy to share with you through my experience at Goodwill Industries I have learned how to be more positive.  I have acquired the resources and knowledge for job searching, but mostly I benefited from Goodwill’s Soft Skills Program.  I feel that my newly acquired outlook from being a part of GWISCC has given me a better life both personally and professionally.