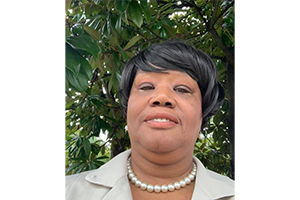 Prior to enrolling in the digital skills program at Goodwill Industries of Upstate/Midlands South Carolina (Greenville, SC), Annette Cohen was at a critical juncture in her job search. She was starting to lose hope. Unemployed at the time, she had been pursuing a job in administration, but she hadn’t found the right fit. As she assessed opportunities, she found that the she was either over- or under-qualified for many of the roles she was interested in. For support with her job search, Cohen went to her local Goodwill Job Connection center.

In July 2018, she enrolled in Goodwill’s Senior Community Service Employment Program (SCSEP), a program operated with funding from the U.S. Department of Labor, to get paid job training in the community while she learned relevant job skills to find work. While participating in SCSEP, she learned about computer training through the Goodwill Digital Career Accelerator® (GDCA), a program operated with funding from Google.org.

While enrolled in SCSEP, Cohen’s case manager suggested she enroll in the Google Tools Bootcamp and Sharepoint training. In June 2019, she began her digital skills training. Although initially participating in the training to refresh her computer skills and build confidence, she would soon accomplish that and much more.

This January, after having earned the skills relevant to her career goals, Cohen gained permanent employment with Goodwill as a human resources assistant, and she earned sizeable wage increase as a result.

Looking back on her experience, she says her greatest accomplishment was gaining the confidence and skills she needed to both find and maintain a job in a rapidly changing job environment, particularly during the health crisis.

“Keep your eye on the prize,” Cohen says, “because it is not as far off as you think”.