As Stephen contemplates his next career move, he reflected on his time at Goodwill with fondness – realizing just how impactful Goodwill has been on his life. “It opened my eyes to a lot of things,” Stephen said.

His journey to Goodwill began in high school when a teacher recognized Stephen’s interest in aviation and the ability Evergreen Goodwill’s Youth Aerospace Program could have in transforming a passion for flying and travel into a potential career. Stephen recalled his teacher encouraging him to – “just try it.”

A couple of attempts later, Stephen reached out to Evergreen Goodwill, and he was quickly immersed into an educational experience that not only taught him the inner workings of the aviation industry but also the value of having such a highly-specialized skillset. “Due to the aerospace program, I was able to get a short-term certificate from Renton Technical College, so I’m able to apply that if I want to transfer to Boeing,” Stephen said. “I kind of have an edge.”

Stephen’s educational endeavors are far from over though. He’s currently taking courses at Renton Technical College and is looking to go into the medical field, possibly as a phlebotomist. “Right now, I just want to see what I like to do with my life before I jump into anything major because I’m still pretty young,” Stephen said.

For Stephen, pursuing his education has required a keen sense of perseverance and diligence. He’s a first-generation college student and has worked hard to pay his way through school and provide for himself, but he always knew Goodwill had his back. “It’s hard to succeed when nobody’s willing to give you a chance, and Goodwill was the first to give me a chance,” Stephen said.

After fleeing Cambodia during the country’s civil war, Stephen’s parents have worked hard to provide for their family – and Stephen said Goodwill was there to provide some extra support and help “keep him on track.”

“Just being able to receive some more support because I was really missing some support from my family cause they’re all working, and we’re all trying to make ends meet,” Stephen said. He described the people he interacted with and the experiences he had while at Goodwill as his “safety net” of individuals who provided him with a solid foundation of life skills.

“The aerospace program and the internship program both made me learn valuable life skills … just being a better person in general,” Stephen said. “I definitely learned about keeping up professionalism, being very punctual with your time.”

Reflecting back, Stephen – like many people in the community – used to think Goodwill is just a thrift store, but he hopes people recognize that the organization’s mission is so much more than that.

“When I was going through Goodwill, I met a lot of people that inspired me,” Stephen said. “Once you get past the store and get into the organization itself … I actually realized that money (made from donations) just goes into the programs that help make the community better.”

Contact your local Goodwill to learn more about similar programs available in your area. 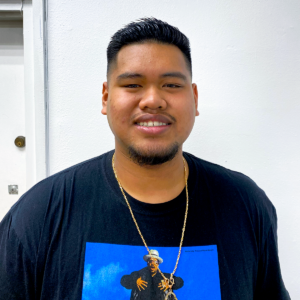