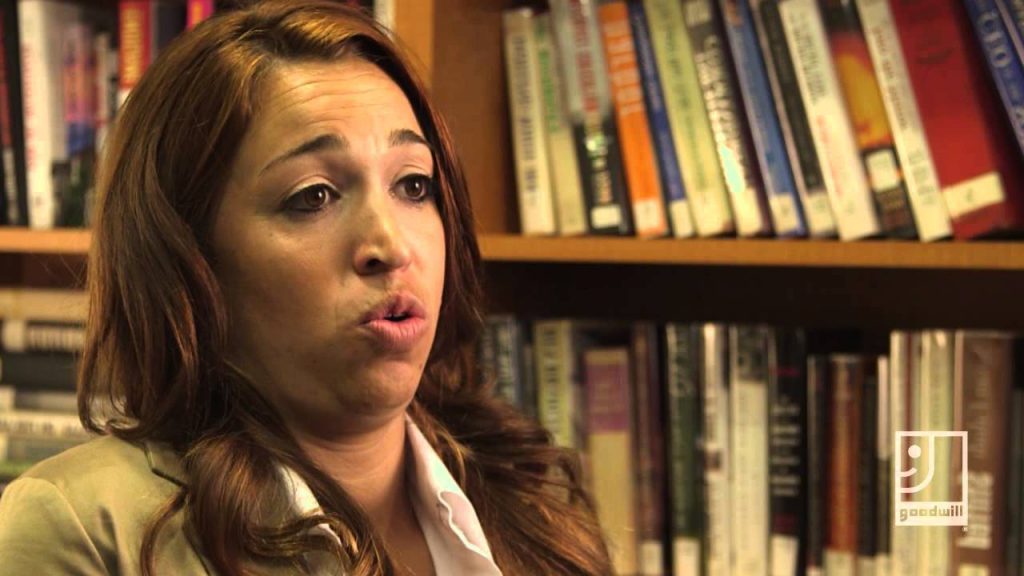 I had just graduated high school. I went to college for a quarter, but wasn’t really feeling it. I wasn’t sure if college was what I wanted to do right then. I kind of wanted to get out of Orange County, since I was having a little bit of a bad time. My dad was a former Marine and he nudged me to enlist in the military.

I enjoyed the travel. I enjoyed moving around, but there came a point where I wanted to be in one location. I was going into job interviews for a lot of administrative assistant positions, where I would use skills that I used in the military like Microsoft Excel and Microsoft Word. I felt like I was qualified for the jobs, but I kept getting the door slammed in my face. It was frustrating because I felt like I had the qualifications even though I didn’t have the degree.

I had a friend who told me about Goodwill of Orange County and encouraged me to apply with them and find out if there was any kind of benefits that I could get. I filled out an application. I went down there, walked around the shop and met with them. I was called back for an interview. Basically, they told me that my qualifications made me someone they were looking to hire.

I think a lot of employers just see you’re military and that you don’t have the degree. On paper you look like you’re not qualified, but I think that employees need to know they need to look further.

Goodwill has given me my independence back. I had that in the military, and then when I got out I was living back at home with my mom and dad. It was really hard going from living by myself and then having to be under their roof again.

Goodwill provided me not only financial stability, but also training and education.  I’m learning new skills every day and I’m honestly really happy to be there.