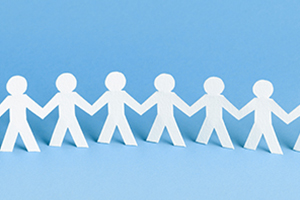 eBay for Charity—one of the world’s largest and most active fundraising platforms where a hundred percent of the portion of funds raised goes directly back to the intended charities—announced that the program reached a major milestone: $1 billion for charities in total funds raised globally.

Goodwill of San Francisco, San Mateo and Marin counties (SF Goodwill) was highlighted as the #2 seller on eBay for Charity for ALL sellers on this platform. Goodwill® raised $25 million on the eBay for Charity platform in 2018. You can read about the announcement here: eBay Inc. and on Forbes magazine.

A video accompanying eBay for Charities’ press announcement features SF Goodwill’s E-Commerce Operations Assistant Manager Patrick Quiroz’s heartwarming story—detailing how SF Goodwill gave him more than a second chance through training and a career pathway. SF Goodwill President and CEO, William Rogers speaks movingly about the mission of Goodwill and the importance of the work they do. The video is live on YouTube.com/eBay here. Goodwill empowers people and builds communities through the dignity of work, and Patrick’s story really helped bring the Goodwill mission to life.