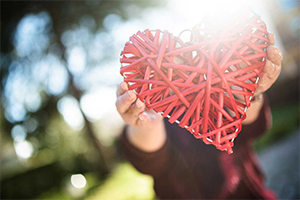 Two Goodwills joined forces to help move people into personal stability. One year later, both nonprofits have benefited and so have many people who are now in careers that fulfil and sustain them.

Vermont’s Goodwill territory is split north to south. Goodwill Northern New England operates two stores in the north. Goodwill Industries of the Berkshires’ southern Vermont territory has two stores, including one in Rutland.

Goodwill NNE long hoped to do more to help Vermonters. When ProjectVISION — a bevy of social services embedded in Rutland’s Police Department — reached out in search of a partner who would take a holistic approach to workforce development, it was an exciting opportunity. That’s when Goodwill Industries of the Berkshires welcomed its sister agency into their territory to run a new, innovative workforce program into a city that needed it.

“We are all here for the same reasons: To help people find and keep a great job so their families can thrive, which we all know helps our communities flourish,” said Rich Cantz, the President and CEO of Goodwill Northern New England. “We both agreed we could move the mission forward best if we shared parts of the southern territory. We’re so grateful to Goodwill Industries of the Berkshires for their collaboration.”

Goodwill NNE has offices based in Rutland’s police department where they staff a career adviser and a life navigator (a social worker role) to help each person with a holistic approach called Job Connection. Job Connection is individualized so each participant can achieve a career they’re interested in and meets their skillset. In some cases Goodwill Industries of the Berkshires allows Job Connection participants to work in their stores for some skill training.

“This has been a great collaboration where both Goodwills win,” said David Twiggs, the President and CEO of Goodwill Industries of the Berkshires.